“Is there even anyone here?” 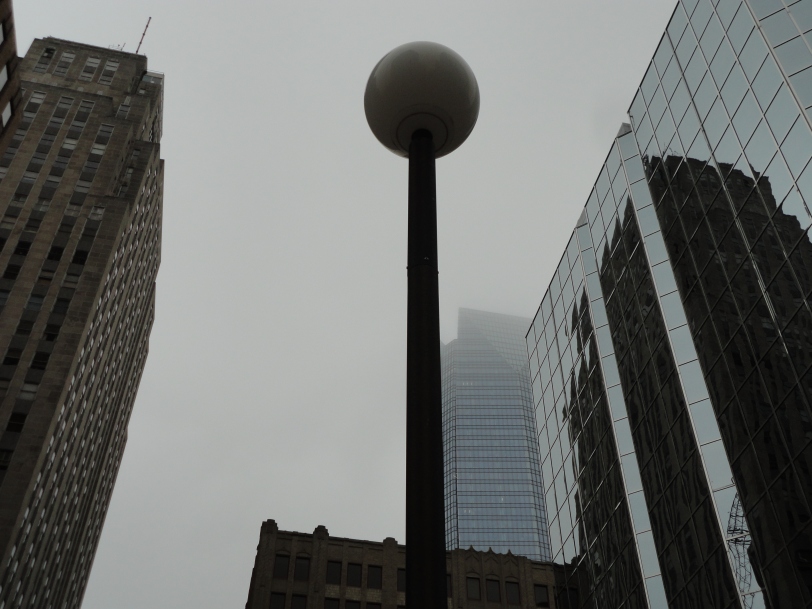 As if to answer Ibrahim’s question, one lone car drove down the street and by our group.  Ok, so there was one person.

But really, where WAS everyone? 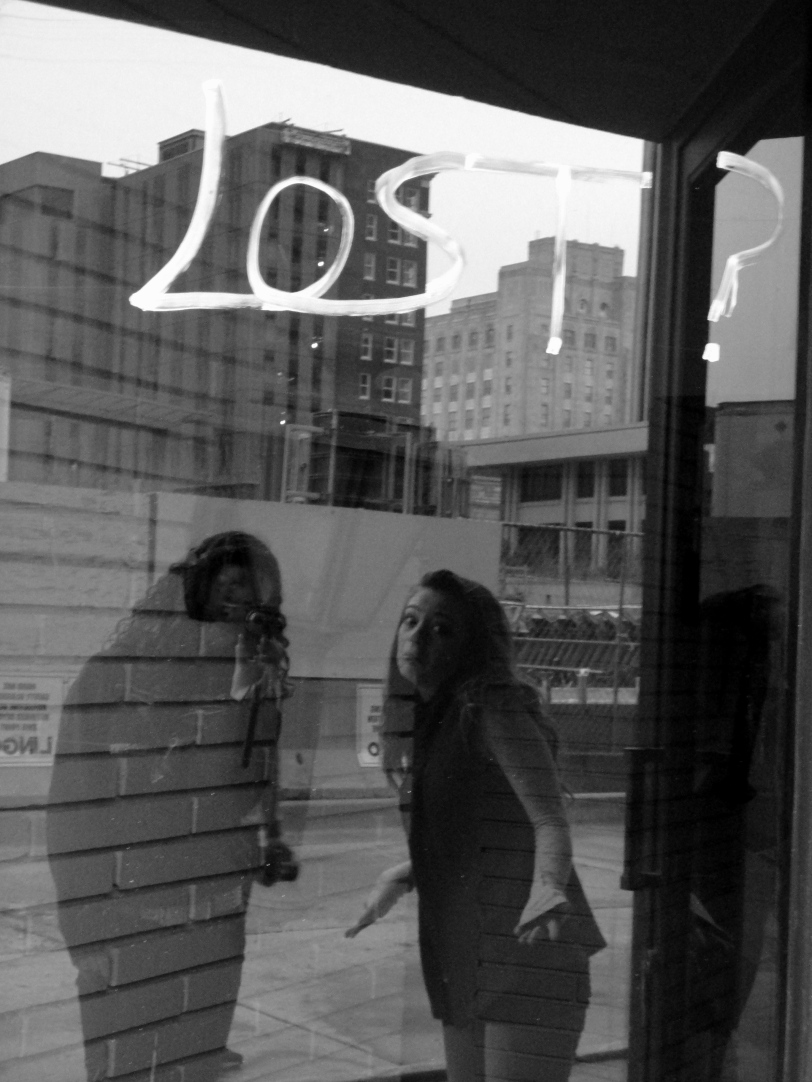 We were making a rest stop and pee break in Oklahoma City on a Saturday afternoon, in the midst of our spring break road trip.  Only problem was, we couldn’t find any place to go to the bathroom.

Why? Everywhere we looked was closed.  ON A SATURDAY AFTERNOON.  Yeah, I didn’t quite get it either. 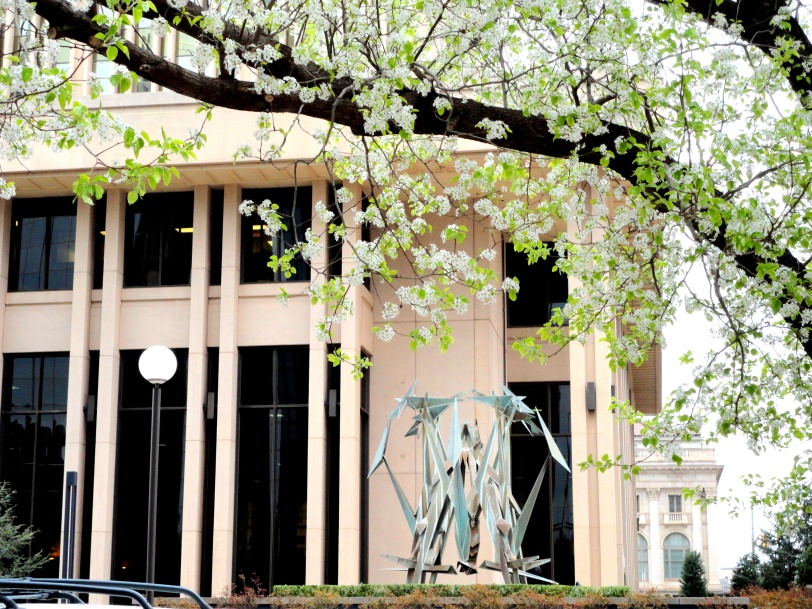 Coming across the mall in the center of the city, we figured that if anything, this place should be open.  The clothing stores, the yogurt shop, and the cafe were all closed, but a mall is always open on Saturdays.

So we tried the doors. 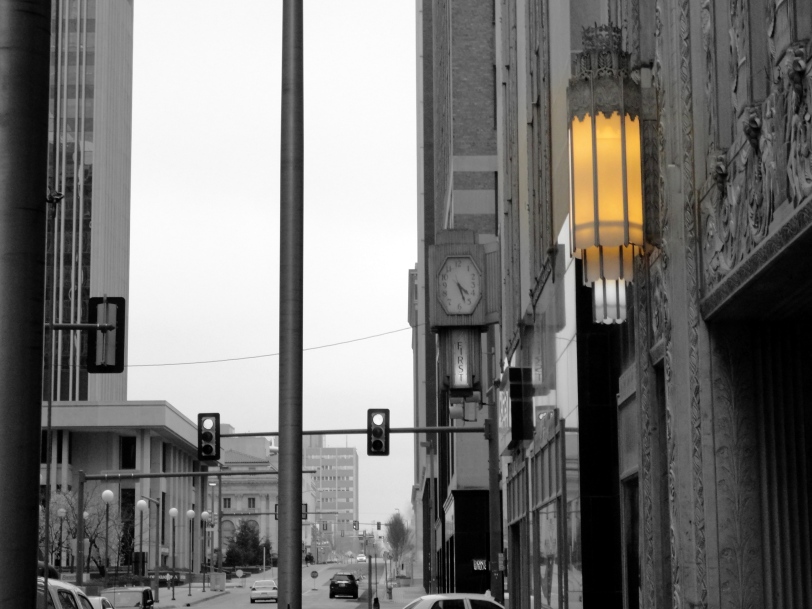 A man then appeared seemingly out of nowhere, and seeing our confused looks, answered the question lingering in our brains.  “Sorry kids, it’s Saturday.  The mall is closed.”

And so began our adventure around the city, partly in search of a bathroom, but also just for the heck of seeing what this place had to offer, because it certainly wasn’t people.  Just as long as we didn’t find it had been taken over by zombies, because the eerie silence in this big city was kind of reminding me of something from I Am Legend or The Walking Dead.

And so we ran.

We posed in front of random, cool sculptures, looking in the windows of every building we passed to see if some businesses were open.  No luck yet, however.

And just to switch things up, sometimes we even posed inside of the sculptures.

When we finally came across the first open door, at a Hilton hotel, we practically burst out shouting in triumph….but our triumph was short-lived. For as we walked through the door, we found that we had just stumbled right into a bride’s wedding photo-shoot.  WHOOPS.

Maybe she was a zombie bride?! Well, I guess we’ll never know seeing how quickly we jumped back out that door we had so triumphantly walked through.

I soon found myself doing gymnastics in front of metal flower sculptures, and handstand-walking down the sidewalks of downtown.

We began taking group photos in whatever reflective surface we happened to walk by.

And you truly know that a city is boring you when you find yourself climbing the fire escapes to pass the time, because you have nothing better to do. 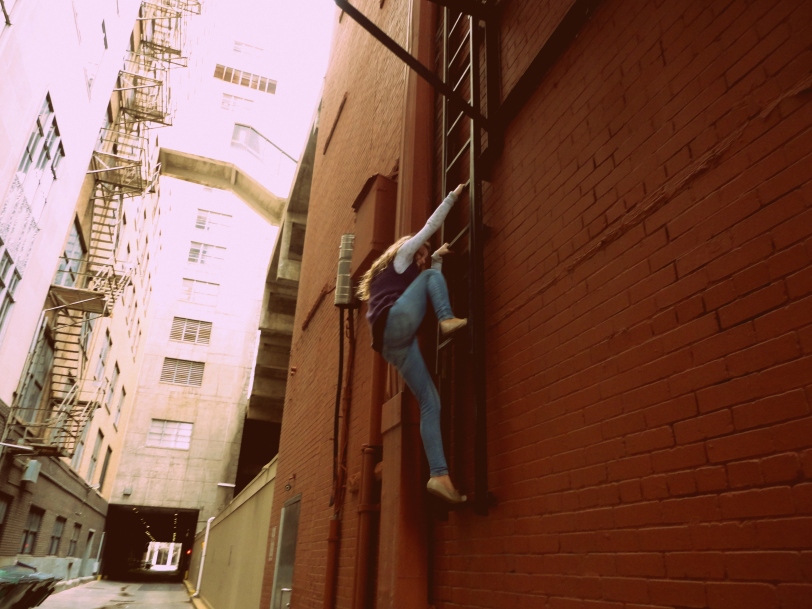 Finally, after running around and being ridiculous for a solid hour, we discovered a bathroom, in an even swankier hotel than that Hilton.  SUCCESS.

And without the bride, too.  DOUBLE SUCCESS.

And there were people in this hotel, a lot of them! This was where the greatest concentration of people in this city were, it seemed, scared to venture out the front doors of their hotel.

Maybe they were all just hiding out from zombies. 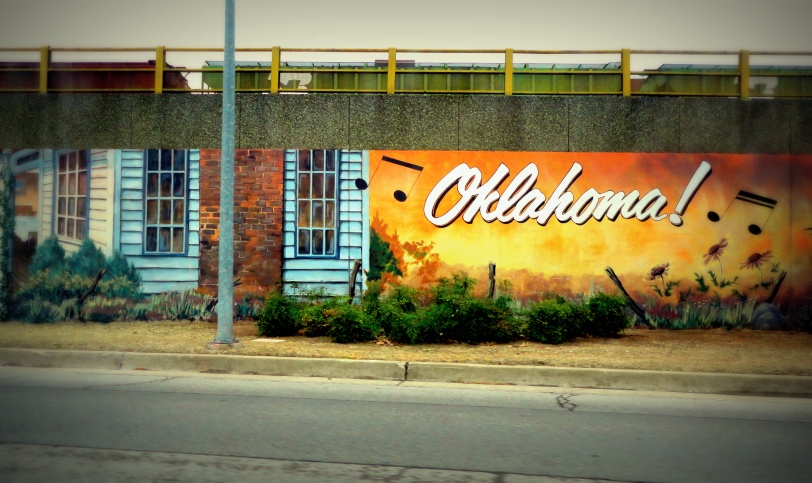 Who knew that a bathroom break could turn into such an unusual adventure?  Oklahoma City was only the first of many adventurous stops to come on our journey out west.