The cross-country road trip.  It’s what America is famous for – hitting the open road, whether to explore, to get away from it all, or in search of something.  And of course, many people followed that long road in the past. Whether it may have been on Route 66, on the Oregon Trail, or blazing their own path through the American frontier, many people ventured out West to discover.

This past spring break, I followed in their footsteps as I embarked on my very own road trip out West. 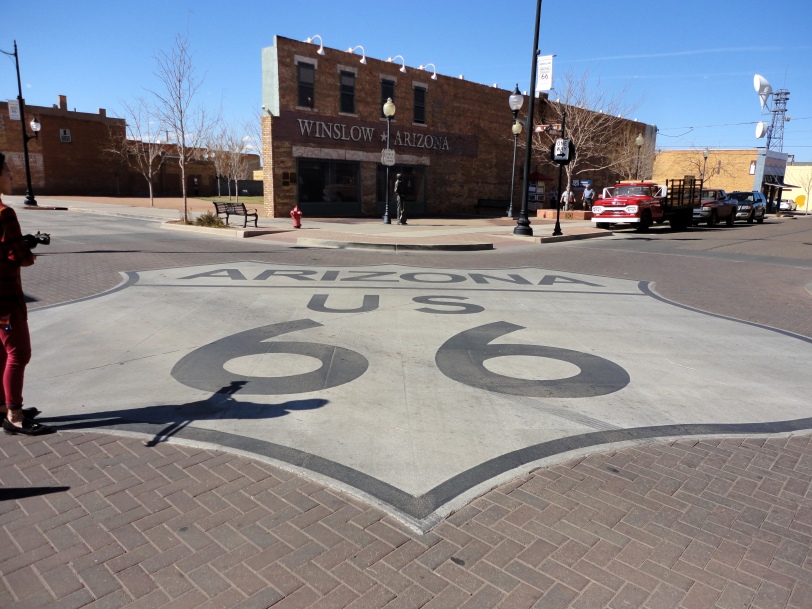 Although, my way was a bit more modern.  However, we were headed West, and a good deal of the trip did in fact involve us driving along route 66.  Although, technically we were driving on I-40, the nowadays highway built next to the actual historical road.  But every time you have to get off that highway, you have to drive on Route 66.

Three friends of mine (a Japanese guy, a Saudi Arabian guy, and a Southern girl) plus me rented a car and formed the most ragtag, awesome group of people to ever hit the road.  When the Friday of our Spring Break, and the beginning of our 10 day adventure, came, we were off, bags stuffed into the trunk, music and excitement filling the air of our vehicle as what would be my greatest adventure yet began. 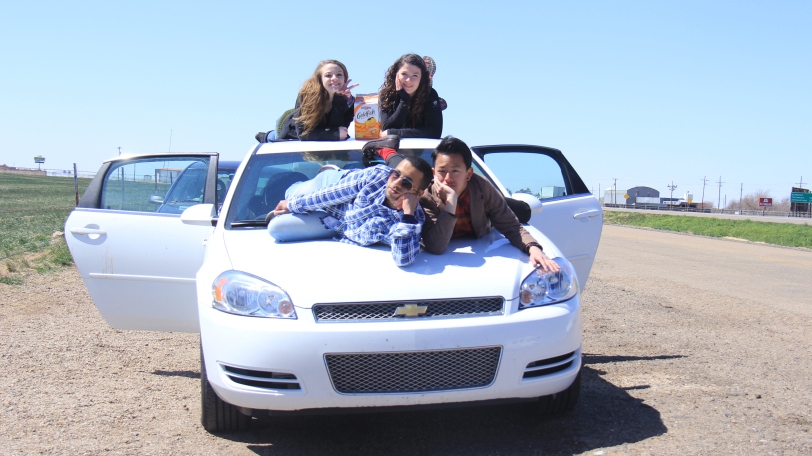 So how did it go?  Here’s a little overview of how everything went. 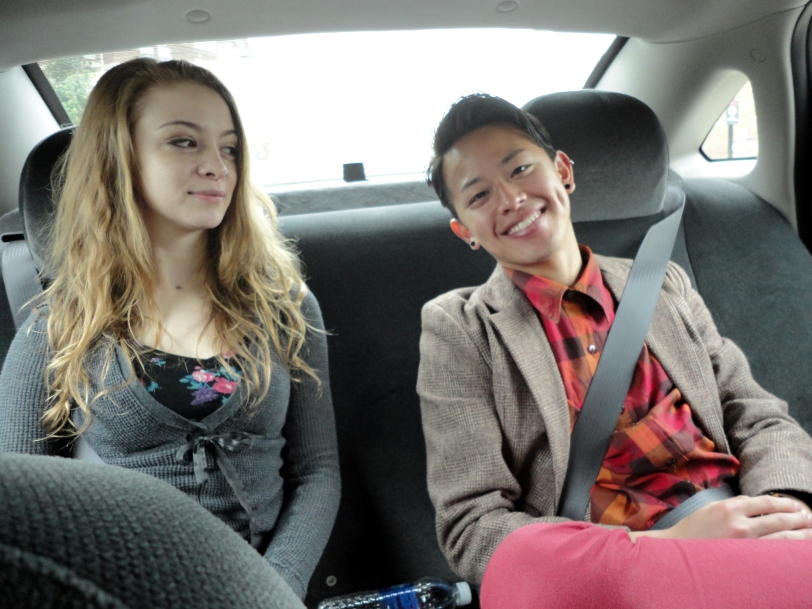 Total money spent on gas: ~$580 (Our car had GREAT mileage by the way)

# of Hosts who were Kind, Hospitable, and Awesome in Their own Way: All 5

# of Potentially Rule-Breaking, Daringly Adventurous, Risky Things Done:  Too many too count

# of Regrets:  Absolutely None 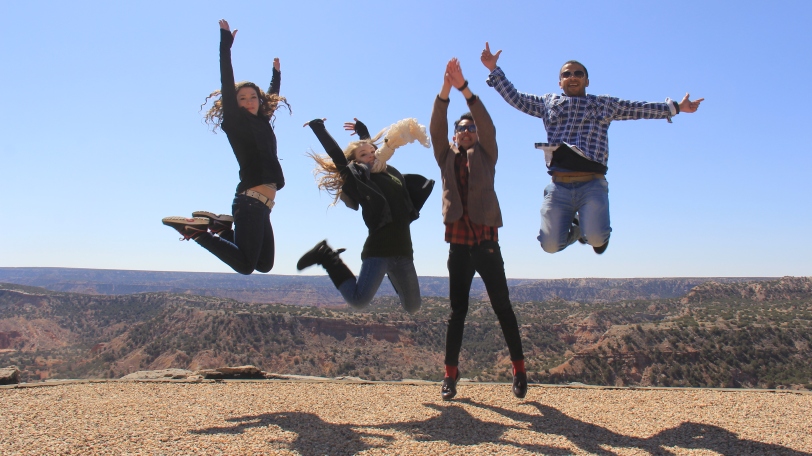 Funniest Moment:  Ibrahim losing his shoes.  (How? He walks out our host’s door and locks it, in his socks.  And our host had already left.  And so we went to the mall to buy some new shoes, Ibrahim walking around in nothing but his socks until he did find a new pair.  Funniest thing ever.)

Best Photo I Took:  This one below in Sedona, Arizona.  The way the sun makes the colors of the sky and the rocks look is just so cool. 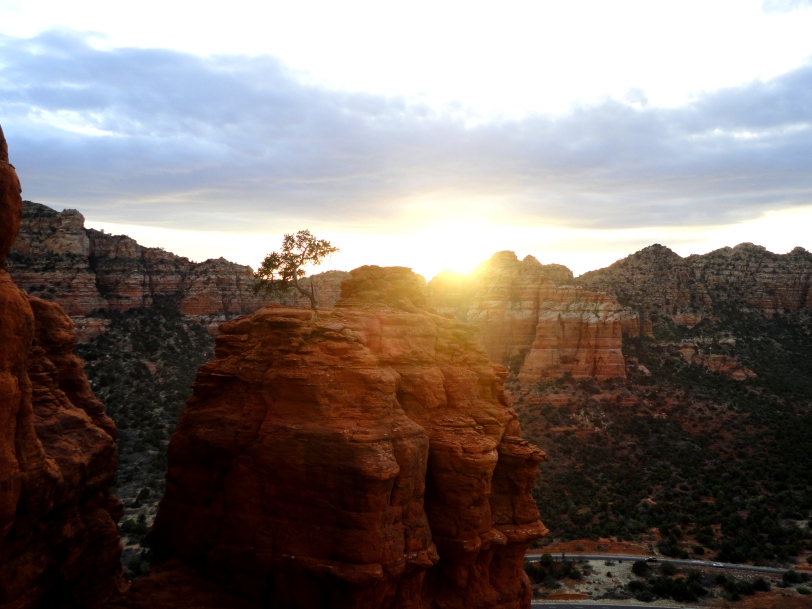 Scariest Moment:  Hiroto tiredly thinking for a moment that he was driving in Japan, not the US.  But no worries, he realized his mistake almost immediately.

Most Badass Thing We Did:  Without a doubt, climbing down a rock face and then standing on this small ledge with epic views of the Grand Canyon.

Most Spontaneous Thing We Did:  All of a sudden, Ibrahim pulls over onto the side of the road while we are driving through the Texas panhandle area, and proclaims he is going to take an epic photograph of the skyline.  An ice storm had just passed through, it was freezing cold, and the wind was blowing a million miles an hour, but we still clambered up this roadside hill at dusk, and huddled around as our friend set up his tripod and waited until he took the perfect long exposure shot.  The shots came out amazing! 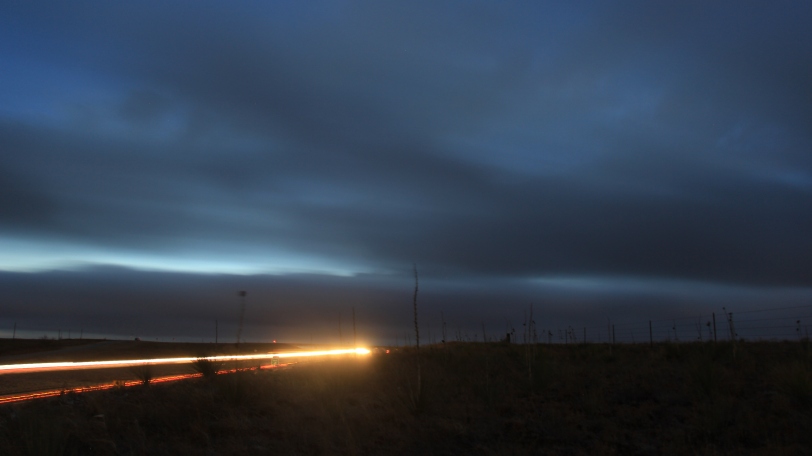 Most Fun Thing I Did:  After climbing as far up to the top of Bell Rock as we could go, the sides of the rock face were gradual and smooth enough that we didn’t have to do very much climbing back down – we made most of the way to the bottom by just sliding our way down the rock! 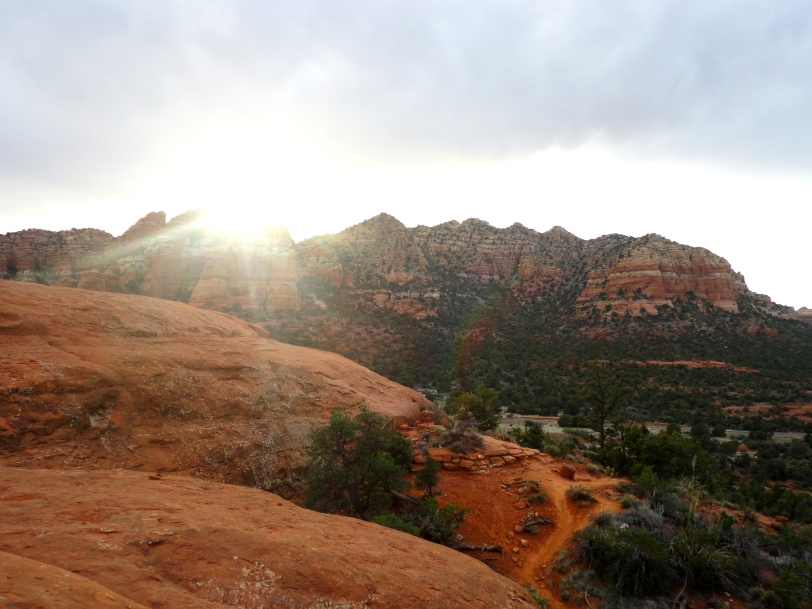 Coolest Roadside Attraction:  Cadillac Ranch, near Amarillo, Texas.  This place is right off the highway west of Amarillo, and it literally is just a bunch of Cadillacs sticking up out of the ground.  What makes it unique though, is that each of the cars is covered in a thick and colorful layer of spray paint, left by the thousands who have come here and left their own artistic mark on the cars.

It may not seem that cool to some (Who wants to see a bunch of cars sticking out of the ground?) but I am not lying when I say it was SO much fun hopping around, armed with spray paint cans, taking videos, and writing things like Roll Tide all over the place.  And it was a cool sight to see! 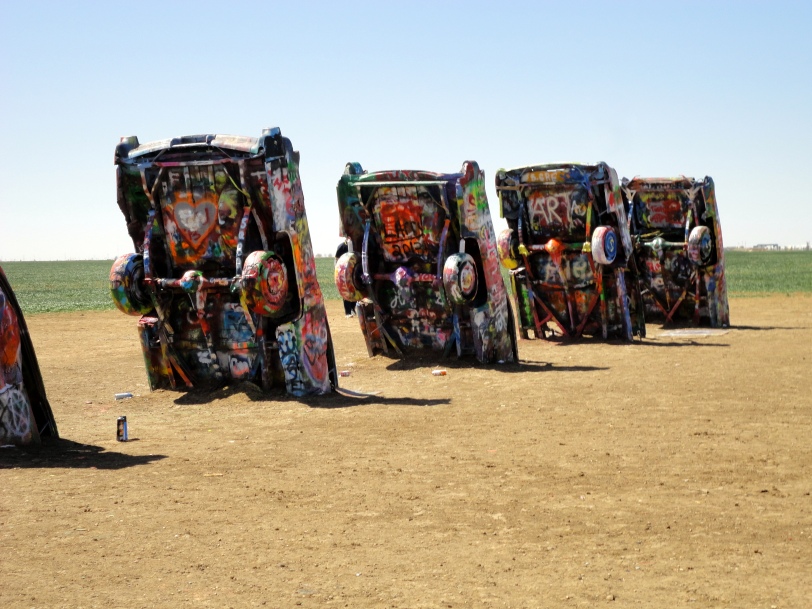 Most Interesting City:  Santa Fe, NM.  Flagstaff comes in a close second, because that was a very cool city and the one where we spent the most time.  But after seeing the beautiful city of Santa Fe, full of the coolest architecture and so much culture and history, it gets my vote even though we were only there for an hour. 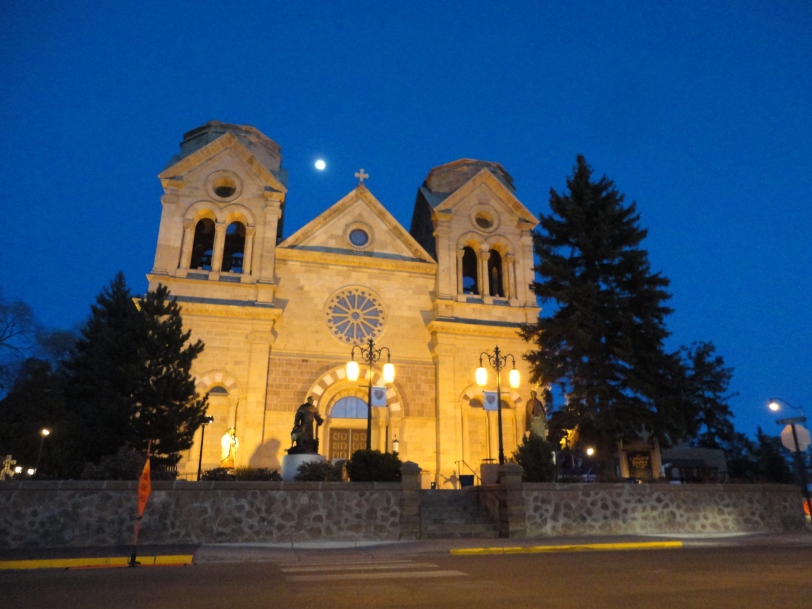 Most Beautiful Natural Vista:  Any and all views in the Grand Canyon, without a doubt.  Its stunning beauty absolutely blew me away. 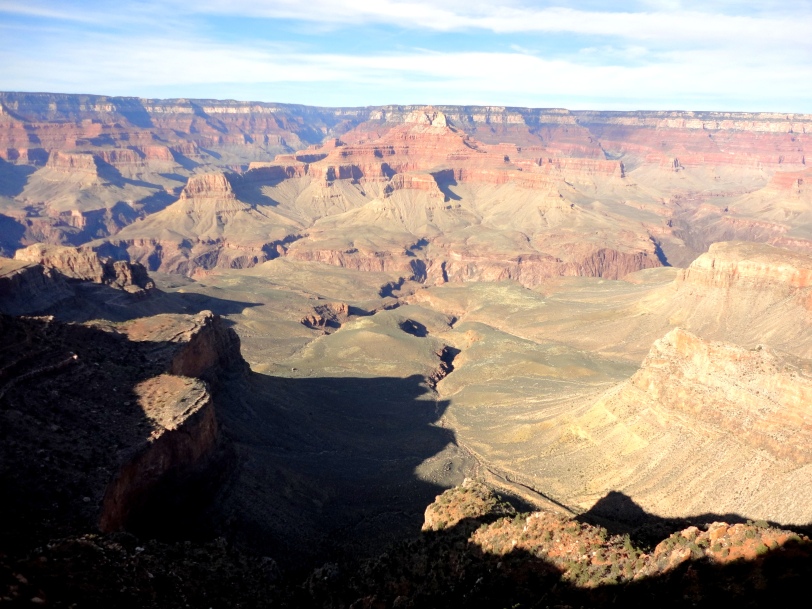 Most Important Thing I Learned:  Probably that it’s the people who you meet and interact with on the road who truly define your experience. And also, any plans you make can and will change, but it’s okay. Just go with it,  because the most spontaneous and unexpected things typically end up being the best.

The map can be found here.

Day 5 Drive up to Page, AZ and Antelope Canyon

Day 7 Bouldering and other activites around Flagstaff

If you couldn’t already tell, it was an amazing adventure.  And this is definitely not all I have to say about it – more posts to come soon!

3 thoughts on “The Great American Road Trip: Southeast to Southwest”